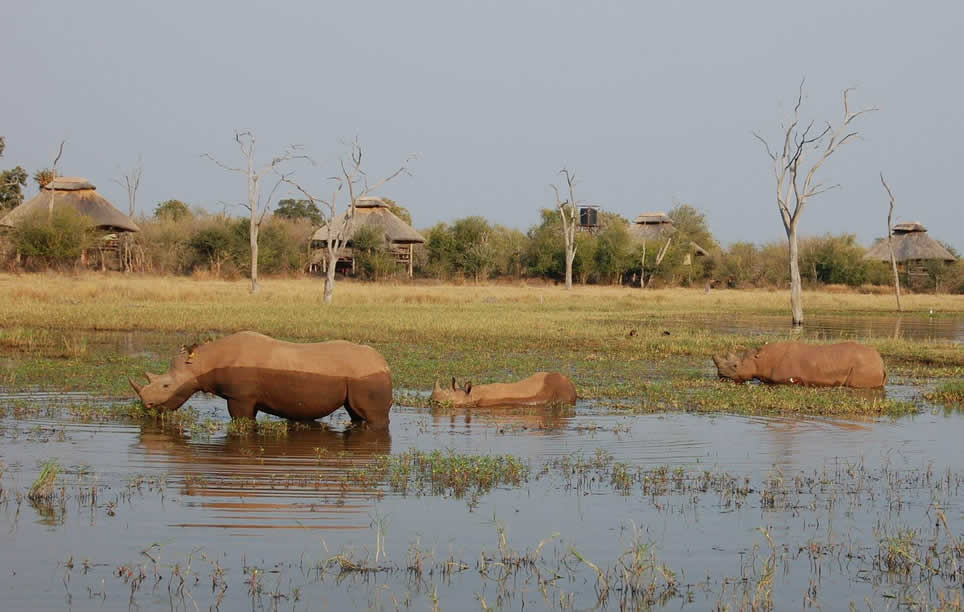 Nestled on the southern shores of Lake Kariba in northern Zimbabwe is the spectacular Matusadona National Park, one of the best Conservation Areas in the country. This National Park derived its name from the local Matuzviadonha Hills and was declared a non-hunting area on the 7th November 1958 before being gazetted into a Game Reserve in 1963 and finally a National Park in 1975.

This Zimbabwean Protected Area extends for an area of 1400 square kilometers (540 square miles) comprising rugged mountains and flat savannah plains protecting a wide range of flora and fauna. The landscape of the National Park comprises an assortment of rugged and serene wilderness that before the Kariba Dam was constructed and Lake Kariba created was very inaccessible.

The eventual creation of Lake Kariba caused significant ecological changes, for instance, the abundance of grazing land on the shores of the Lake has finally led to a rise in the numbers of large mammal species within the Conservation Area, especially the Cape buffaloes and African elephants. Not only that, but the lush grasslands have also allowed numerous grazers such as impalas, Defassa waterbucks, elands, and common zebras to successfully survive in the area, which also attracts many predators. Additionally, Matusadona National Park is also considered a wonderful Protection Zone and haven for a number of relocated rhinos.

Matusadona National Park is characterized by three main ecosystems including the shoreline grasslands around Lake Kariba, the dense Jesse, Mopane woodlands, thickets, and Combretum within the floor of the Zambezi valley, and finally the Brachystegia and Julbernardia woodlands within the escarpment area. 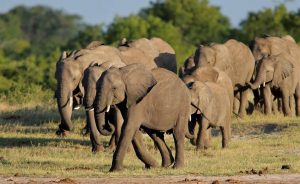 There are more than 240 species of birds in Matusadona National park but the population of woodland species, waterfowl, and raptors is overwhelming. The African fish eagles are also found in the Park in large numbers.

Activities to expect while in this Park are fishing on the shores of Lake Kariba where the tigerfish, endemic species to River Zambezi are found making this Park an ideal spot for anglers. Game viewing, boat and canoe trips, birding, and nature walks are also offered in the Park.

Where to stay at Matusadona National park

Much as there are few places to stay, the few ones will never disappoint and the best ones include Changa Safari Camp, Bumi Hills Safari Lodge, Musango Safari Camp, Spurwing Island Safari Lodge, and Rhino Safari Camp. There are also several Campsites that include the Sanyati, Tashinga, Changachirere Campsites, and other un-developed Bush Camps at Kanjedza and Jenje that accommodate up to 10 guests per Camp.

How to get there
Due to the relatively poor roads, accessibility becomes difficult hence roads are closed during the rainy season which keeps the crowds and traffic low but small aircraft can land at a small 800-meter airstrip at Tashinga Camp much as most tourists reach the Park by boat from Kariba Town or the Bumi Hills.