Destinations, Attractions and what to do on a Rwanda safari 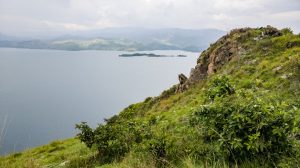 The Republic of Rwanda is the official name of Rwanda and a landlocked country found in the Great Rift Valley in the eastern part of Africa. The country is one of the smallest countries in the East African region. Rwanda’s capital is called Kigali which is found few degrees south of the equator. The country is surrounded by different countries from all directions, in the northern part Rwanda is bordered by Uganda, in the eastern direction Rwanda is bordered by Tanzania, and in the west, there is the Democratic Republic of Congo.

When it comes to tourism, Rwanda has a variety of tourist attractions that tourists can visit on their safari to Rwanda. The main tourist attraction in Rwanda is the rare and endangered mountain gorillas in the Volcanoes National Park which is found in the northwestern part of the country the rainforest is home to five of the eight volcanoes in the Virunga Mountains, namely Bisoke, Karisimbi, Muhabura, Sabyinyo, and Gahinga. The country is so elevated from where it got its nickname “Land of a Thousand Hills”

Going for a gorilla trekking in Rwanda a tourist need to acquire a gorilla permit which costs 1500$ per permit. Apart from Mountain gorillas, Volcanoes National Park is home to other primates like golden monkeys and the park was the base for the famous primatologist Dian Fossey.

From Volcanoes National Park, there are other national parks with different unique attractions like the Nyungwe Forest National Park which is home to 13 different primate species including chimpanzees which is 25% of the total population of primates in Africa, plus 275 bird species, and 85 mammal species. the main tourist attractions in Nyungwe Forest are the Chimpanzee tracking and Canopy walk.

In addition to that, there is also Akagera National Park which is mainly known for its amazing wildlife, and also a boat cruise along Lake Ihema. Rwanda has a lot of attractions that can be visited by tourists but since most tourists always love to take combined safaris as in visiting more than one country in one safari when also allow tourists on self-drive safaris to cross the border to the neighboring countries like Uganda, Kenya, Tanzania, Burundi and other so when you planning your self-drive safari across East Africa, feel free to contact 4×4 Rwanda Ltd and hire a 4×4 safari vehicle you can use on your safari.

Places to Visit in Rwanda

Below we have listed most of the tourist attractions you will visit on your next self-drive safari or guided safaris to Rwanda.

The park is home to a variety of wildlife in Rwanda and is known for being the smallest and the easily reached national park in the country because it’s found in just two and half hour drive (120km) from Kigali the capital of Rwanda.

The park is home to a variety of wildlife in Rwanda and is known for being the smallest and the easily reached national park in the country because it’s found in just two and half hour drive (120km) from Kigali the capital of Rwanda.