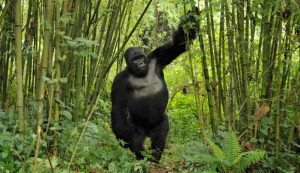 Volcanoes National Park is 160 squire kilometers of both rainforest and bamboo found in the far northwestern part of Rwanda. The park is also believed to be the oldest national park on the east African continent and it was first gazetted in 1925 as small bounded by Bisoke, Karisimbi, and Mikeno with the aim of protecting the mountain gorillas from poachers.

The park is one of the 4 national parks in the whole world where tourists can go gorilla trekking in the wild. Mountain gorillas in the whole world are found in 3 countries that Rwanda in Volcanoes National Park, The Democratic Republic of Congo in Virunga national park, and Uganda in Bwindi Impenetrable Forest National Park and Mgahinga Gorilla National Park. Due to the fact that Volcanoes National park is home to these rare and endangered mountain gorillas, Gorilla Trekking is the main tourist activity done in the park alongside other tourist activities like bird watching, nature walk, golden monkey tracking, and others.

How to get to Volcanoes National Park 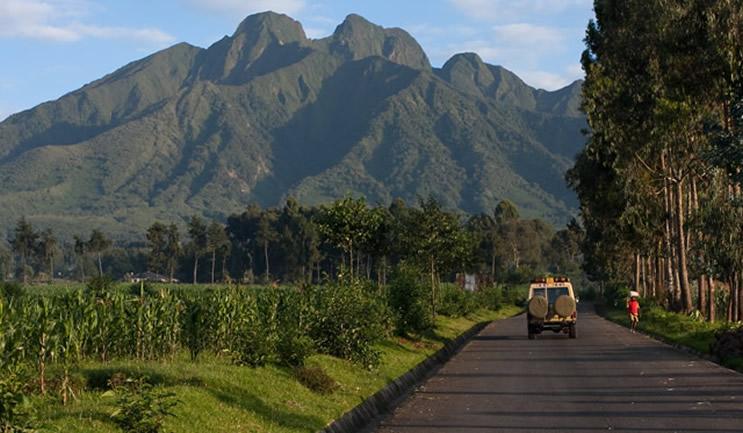 Activities to do in Volcanoes National Park

The main tourist attraction in Volcanoes national park is the mountain gorilla trekking although there are other mammals in the national park like; black-fronted duiker, buffalo, golden monkey, spotted hyena, and bushbuck, elephants can also be spotted in the park also it’s rare, the park is also believed to be home to over 178 different species of birds.

Trekking mountain gorillas briefly is known as the visit these and endangered mountain gorillas in their natural habitat. Gorilla trekking involves the hike into the forest in search of these gentle giants and this tracking in most cases can take something like 2-7 hours when you searching for these gorillas and after finding where these primates spent the night, you will be allowed a maximum of 1hour to spend with them as you watch them doing their day to day activities, taking photos and recording videos. Going for gorilla trekking it will need one to acquire a gorilla permit which is sold and Rwanda Development Board (RDB) offices at 1500$ per permit.

Birding in the park

Bird watching is when tourists, most especially bird lovers set off in the morning or evening with their guide and binoculars and enter the forest in search of different species of birds as the guide explains to them their names and behaviors. Volcanoes National Park is believed to be home to over 170 different species of birds the thing which makes birding one of the best attractions done in the park.